Oglethorpe Speedway Park celebrates it’s 66th Anniversary in 2017. The half mile speedway has entertained race fans since March of 1951 when championship motorcycle racing debuted in Savannah.  The first stock car race took place at the historic half mile in May of 1951. Johnnie Parsons was the first winner.  Parsons was the defending Indy 500 winner that year.

The half mile clay speedway hosted the NASCAR Grand National Series (today’s Sprint Cup Series) in March of 1954 and 1955.  The winner of the race on March 28, 1954 was Al Keller in a 1954 Hudson.  Lee Petty won on March 6, 1955. His son, Richard Petty, signed in as a crew member that day.  Herb Thomas competed that day along with Curtis Turner, Junior Johnson and Buck Baker.

Current owners, The Stone Family, purchased the speedway in 1977. Since then, Oglethorpe Speedway Park has led the way for many tracks in the area. Mr. Stone was the first promoter to offer dirt racers a purse of over $45,000. He was also the first dirt track to sign on with the NASCAR Weekly Racing Series.

The historic half mile speedway has sprouted careers and entertained hundreds of drivers for the past half century in the Late Models, Street Stocks, Hobby Stocks, Mini Stocks, Pure Stocks, Go Karts, Enduro Series, Powder Puff, 440 Series and Queen Bees.

ATTENDANCE:  Oglethorpe Speedway Park has shown increases in attendance.  The growth is attributed to promotional efforts, more community  involvement, and an overall growth in interest for the sport of auto racing.  This past season Oglethorpe Speedway Park entertained 106,832.  The largest attendance of the year was for the Showdown in Savannah in October.  The OSP Weekly Racing events average 1,400 fans, drivers and crew members each Friday night during the season.  The special events for the Season Opener, and Season Championships reach higher attendance marks. 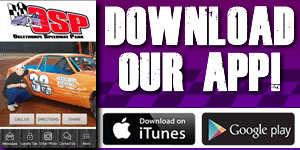